New Year's Day is right around the corner, and there are many storylines to follow for Detroit sports as 2010 ends and 2011 begins. This week's Top Five examines predictions for some of these Detroit sports storylines in the New Year.

Although 2010 is coming to an end, there is no shortage of Detroit sports storylines as we start looking ahead to 2011. The Pistons are still for sale; Michigan could very well have a new football coach in a matter of days; the Red Wings are in first place; and the Lions are providing legitimate reasons to have hope and optimism in the future.

No. 5: Tom Gores, not Mike Ilitch, will buy the Detroit Pistons.

Ever since the summer when Mike Ilitch expressed interest in buying the Pistons and Palace Sports & Entertainment, the assumption has been that he would become the team's new owner. NBA commissioner David Stern was hopeful that a deal would be done by the end of November, so the conventional thinking certainly suggested that Ilitch would end up owning the team.

As 2010 comes to an end, however, the Pistons are still for sale and now it doesn't seem like there is much momentum for a deal to happen in the immediate future. Ilitch reportedly lowered his initial bid to buy the Pistons after discovering the team inflated its revenues, and publicly the sale has been at a standstill ever since.

While it's still certainly possible that Ilitch will end up buying the team when all is said and done, my No. 5 prediction for 2011 is that businessman Tom Gores will be the one who ultimately purchases the Pistons. Throughout all of the drama surrounding Ilitch and the Pistons, the one name that has consistently been mentioned as a possible buyer is Tom Gores. The Detroit News has called him the favorite to buy the team with Ilitch's deal seemingly falling apart, and I think Gores will be the one to buy the Pistons after Ilitch and Karen Davidson are unable to work out an agreement. I know many hope that Ilitch becomes the owner of his third professional Detroit sports team, but how can you say no to this face? 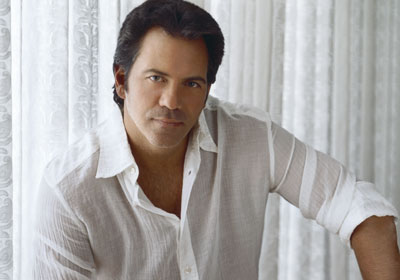 No. 4: The Detroit Tigers will again fail to win the AL Central.

As much as I would like to predict that everything will go well the Tigers, Red Wings and as you will see later, the Lions, in 2011, that's probably being a bit too optimistic. Although the Tigers do have a lot of talent and have added some solid players this offseason, I do not believe it will result in an AL Central title.

Prior to the 2010 season the Tigers weren't necessarily expected to compete for a division title just yet, as many were looking to 2011 as the year everything would come together. It's true that many of the Tigers' younger players now have a year of experience under their belts and guys like Justin Verlander and Miguel Cabrera are among the elite at their positions in all of baseball. It's also true that the supporting cast has improved compared to this past season, especially if the Tigers can get guys back from injury and have them stay healthy. To make a long story short, there are a lot of reasons to think the Tigers will compete for the AL Central crown in 2011.

At the end of the season, I just have a feeling that the Twins will be atop the standings like they somehow always seem to be. Minnesota just gets it done in the regular season, and the White Sox will also be a tough challenger in the AL Central. While I think the Tigers will be much closer than they were in 2010 and will actually keep baseball relevant in Detroit for the last month of the season, my No. 4 prediction is that winning the division will have to wait at least one more year for this team.

No. 3: Rich Rodriguez will still be Michigan's head football coach.

Out of all the predictions for 2011, this is the one that will likely be resolved the soonest, as a decision should be made about Rich Rodriguez and his status as Michigan's head coach in the next week. At the conclusion of the Gator Bowl on New Year's Day, Michigan athletic director Dave Brandon will be able to evaluate Rodriguez and make a determination about the future of the football program and whether or not that future involves a coaching change.

Ever since the end of the Ohio State game there has been loads of speculation surrounding Stanford coach and former Michigan player Jim Harbaugh, and many believe he will be named the Wolverines' new head coach after the Cardinal play in the Orange Bowl. It's unclear right now what is going on behind the scenes, but one theory is that Dave Brandon's delayed timetable for making a decision about Rodriguez involves waiting for Harbaugh to become available.

To me it would be surprising if all of this was truly going on behind the scenes. I wouldn't be shocked if Harbaugh is Michigan's coach come this time next week, but I don't believe a decision has been made yet about Rodriguez one way or another. Only Brandon knows for sure, and only he could tell you just what effect the Gator Bowl will have on his decision, but my No. 3 prediction is that Rich Rodriguez will return as the Wolverines' head coach for at least one more season. I envision Michigan coming out and playing extremely well in the Gator Bowl and Brandon ultimately opting to not make a head coaching change. I can't say the same for the defensive assistants, but my belief is that Rodriguez will return in 2011. (Whatever happens, we'll find out if I was right or wrong in the very near future.)

No. 2: The Detroit Red Wings will beat the Pittsburgh Penguins to win the Stanley Cup.

One of the main reasons I opted not to call this my bold predictions for 2011 is because predicting the Red Wings to win another Stanley Cup isn't exactly going too far out on a limb. That alone speaks to the success of this franchise over the last two decades. Last season was a down year because they were eliminated in the second round of the playoffs, but the Red Wings are back where they belong this season -- on top of the Western Conference and favorites to win the Stanley Cup.

Two seasons ago, the Red Wings were denied their second straight Stanley Cup when the Penguins came to Detroit and won Game 7 of the series. The loss stung big time, as back-to-back Stanley Cup championships don't often come so close to happening and then get taken away just like that. I imagine most of the Red Wings that were on the 2008-09 team have recovered from the loss by now, but even if they haven't, I think this season will more than make up for it.

My No. 2 prediction for 2011 is that the Red Wings will not only win another Stanley Cup, but they will do it against the Penguins yet again. In the 2007-08 season, Detroit beat Pittsburgh to win the Stanley Cup, so another meeting between these two teams next year would essentially serve as the rubber match for this rivalry. Right now the Penguins are playing exceptionally well, leading the Eastern Conference in points, and the Red Wings are leading the Western Conference in points, so it would be fitting for Detroit and Pittsburgh to square off again in the battle for Lord Stanley's Cup. Unlike 2009 and like 2008, I think the Red Wings will take it home this time.

No. 1: The Detroit Lions will make the playoffs.

Out of all the predictions on this list, the only one that truly seems bold is this one. Although the Lions have shown great progress this season, especially with the possibility that they could finish the season on a four-game winning streak, predicting the playoffs for the Lions based on their recent history is truly going out on a limb.

The Lions haven't even finished with a .500 record, let alone sniffed the playoffs since 2000. Their last playoff appearance came in 1999, and during the Matt Millen era only one year, 2007, prompted the word "playoffs" to be uttered around Detroit. The Lions got off to a 6-2 start, and at the midway point of the season the playoffs finally seemed within reach. You all know the story, though. The Lions finished 1-7 and went 0-16 a year later, and for the last two or so years Jim Schwartz and company have been working to rebuild this franchise.

In 2011, with another offseason of adding talent to the roster, I think the Lions will finally not only finish with more than seven wins, but I think they will make the playoffs. My No. 1 prediction for 2011 is for everything to come together for the Lions and for the postseason to finally become a reality again. I'm talking Matthew Stafford stays healthy for an entire season, the defense continues improving, the special teams unit keeps making plays and so on. I think (or at least desperately hope) that the stars will finally align for the Lions and they will make their triumphant return to the playoffs after more than a decade's absence, giving football fans in the Detroit area a reason to keep their weekends cleared beyond the end of the year for the first time since 1999. A Lions playoff appearance has been long overdue, but 2011 feels like the year it will finally happen again.