Here are two photos uploaded by Jose3030 that show the blown call that cost Detroit Tigers pitcher Armando Galarraga his perfect game.  With two outs in the ninth inning, Jason Donald hit a ground ball to the right side of the infield and it was fielded by Tigers first baseman Miguel Cabrera.  Galarraga covered first base in Cabrera's absence and clearly beat Donald to the base. 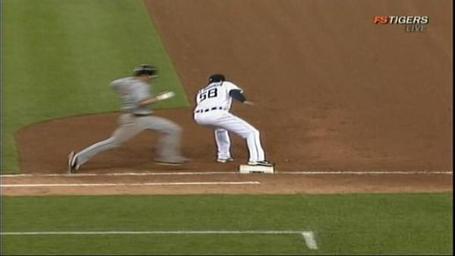 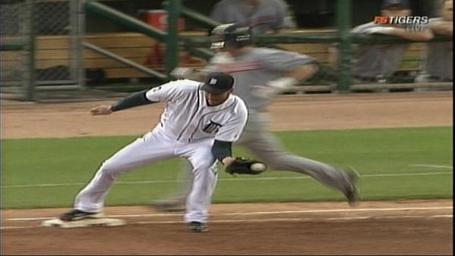 Tigers players and manager Jim Leyland argued the call extensively to no avail.  Galarraga retired the next hitter so this blown call was the only thing that stood between him and Major League Baseball's record books.

For all things Detroit Tigers, head over to SB Nation's Bless You Boys.