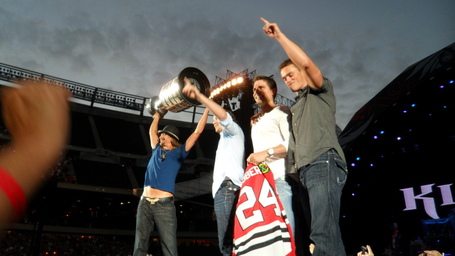 I guess you have to keep your friends close and your enemies closer, but I don't think Kid Rock should get too friendly with the Stanley Cup until it returns to Detroit.