The replacement refs are gone, so no picks will be affected by bad calls, right? Right? Here are my real Week 4 NFL picks against the spread.

The NFL and NFLRA reached an 8-year agreement on Wednesday, meaning the official officials who officially screw games up are back for Week 4 and the replacement refs can go back to teaching social studies and whatever else they do when they're not refereeing Division-IIIAA games. Thanks for your time, for changing the landscape of the NFC North and -- most importantly -- for allowing us to have a good laugh, guys and gal.

Let's not let this fool us, though. The "real" refs are still probably going to change the course of a handful of games and there will be instances in which their calls are so egregiously bad that we're going to hear/read snark, like "Oh, a replacement ref could've made that call!" Good one, I know.

So, let's not butter them up too much. They'll get all sticky ...

The Ravens are flying high on the heels of a last-second win against rival New England. And the best story of Week 3, which was unfortunately overshadowed by the replacement refs ineptitude, was Torrey Smith playing football and scoring two touchdowns less than 24 hours after discovering his brother had been killed in a motorcycle accident.

Four days later, I don't think there's any way the Ravens lose (they've won eight straight against the Browns), but the short turnaround probably benefits the musty Browns more so than the Ravens. I think the desperate 0-3 Browns cover.

The Patriots are 1-2 for the first time since 2001. The Bills don't exactly know who will be their running back right now and Ryan Fitzpatrick throws a lot of interceptions when he plays the Patriots. If the Patriots don't win, it'll be an ugly result of Tom Brady wearing a bra and a tinfoil hat.

The 49ers' loss to the Vikings last week was like being caught digging deep for a great-big boogie while driving. They were supposed to be the best team in the NFL and then their picking their nose while singing some terrible, overplayed Top 40 song. Embarrassing and dangerous.

Luckily for them, they play a Jets team that still employs Mark Sanchez as QB1 and lost Darrelle Revis for the season with a torn ACL. Hey look, the very hairs of Tebow's helmet:

The Falcons are doing a good job making everyone believe they are in fact the best team in the NFL. Meanwhile, the Panthers did a pretty good job embarrassing themselves on national television last week against a depleted Giants team. Of course, the Panthers cover because it's the NFL and the NFL is weird.

Jamaal Charles is fully healed after being broken by Rory the Lion last year. Last week, the Falcons provided a fantastic blue print on how to dominate the Chargers defense and I've heard the Chiefs watch some film. They'll watch, learn and take care of business at home.

There's no way a team being quarterbacked by Kevin Kolb can start 4-0, right? RIGHT? Reggie Bush appears ready to go on Sunday and the Dolphins were a couple missed field goals away from being 2-1. I don't know if the Dolphins will win, but they'll keep another game relatively close.

Peyton Manning's good at tickling, laughing, getting along and making sure his new team doesn't drop to 1-3. I'm not exactly sure how the Raiders wound up beating the Steelers last week, but they did and that was really head scratching. Back to reality this week.

Trap game? I'll show you a picture of a trapper keeper: 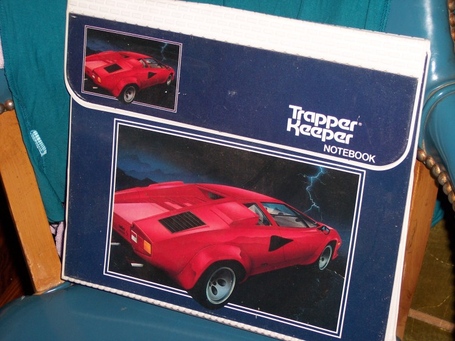 Fake Puke Game of the Week:

Will Dez Bryant ever play up to his potential? Will Smokin' Jay Cutler ever not be funny?

After breaking an NFL record for the most touchdowns of over 60 yards in a game and ruining my weekend,

Either the Packers are so demoralized they can't move forward from Sunday's replacement ref rip off or they're so pissed they go home and absolutely destroy the 0-3 Saints. I just can't see a team who was considering kneeling on every offensive play on the plane ride back from Washington blowing out the Saints.

Given the defenses and respective offenses at play here, this game is a virtual lock for a 9-6 finish or 10-6 finish.

This Lions game is a classic "everybody's doubting [home team] due to slow start and everyone is wondering if [road team] is for real after beating [good team] in previous week. Then, [home team] blows out [road team]." Or that's my homer hope for this one. Matthew Stafford practiced on Thursday and is expected to play. Even if somehow the Lions are who we're not so sure they are and they stink up the joint, I think they still keep it within the line.