Share All sharing options for: Week 4 NFL Picks: Know How?

With the MLB playoffs in full swing, college football getting into its conference schedules, the NHL season on the horizon, and being in full blown research mode for my Halloween costume, I'm having a lot less time to put this up in a timely matter. In fact, 11th hour picks might have to be the new name for this little feature if I can't start getting them up by Friday like I had planned. (By the way, would you rather have to listen to the vacuum cleaner in your ear for 20 minutes or have to sit through Rebecca Black's 'Friday' once?)

Anyway, I was 8-8 last week, losing a couple games in the standings to the lone commenter, my brother (a little better than having your mom be your only reader, I think).

Now bob your head and sing along like the fine Hispanic gentleman in the NAPA commercial and let's get all 'know how' on these picks.

I think the Bears will handle home field, but I think the Panthers are better than their 1-2 indicate, more so than the Bears, if that makes sense. Here: Panthers' point differential is one point less than Bears'. I know.

I'm still Billieving, Journey, but I don't think the Bills are going to be threatening the '72 Dolphins.

Taking the Browns to the Super Bowl every time here.

Ndamukong Suh is going to eat Tony Romo's ribs for lunch and Calvin Johnson is going to be serving up a nice moldy bowl of crow to attention seeking retired football player Cris Carter.

I'd rather watch a Rebecca Black music video than this game.

The 'Dream Team' is falling apart, but Michael Vick is playing in spite of Jim Harbaugh's suggestion. Eagles are doing a good job talking, but let's see them cover this game at home.

After last week's tank to the Lions, I wouldn't be surprised if the Vikings came out this week wearing their girdles over their pants. This team has to be completely demoralized.

The last time these two teams met was 2007 and Saints won 41-27. What if that was the exact same score this week? What would you do???

Arian Foster's hamstring is back to being awesome and the Texans know better than anyone that this is their statement game. I want to say Texans by two touchdowns.

No WAY Falcons lose this game by less than a touch if they're thinking playoffs down the road.

Daniel Thomas had a great game last week ... and he's inactive this week. Not yet, Dolphins.

Only Tim Tebow can save this line.

ESPN did a 25-minute special on Rex Ryan's sweater vest. Good thing they're making the most of those added hours of coverage. 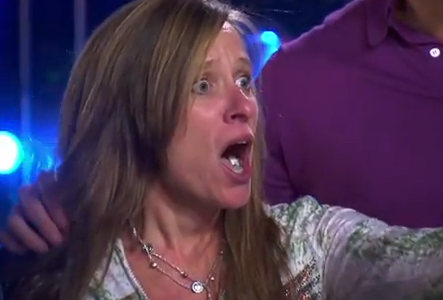