That's "picks against the spread," but it could also mean the New England kind. The white.

Let's not waste any time:

I'm embarrassed, but I swear that I thought the Falcons were going to win ... just not by double digits.

Saved some face with this one ... Thanks, 1st half Tony Romo.

With The Man taking a day off with Tim Tebow, he'll be able to allow Stevie Johnson to catch some big passes.

The Seahawks actually terrify me. If there is one team that I'm nervous about making the playoffs over the Lions, it's Peter Christmas Carroll's team winning forever.

I ALMOST wanted to pick the Colts to WIN, but 0-16 a year after Peyton sounds way juicier.

Kyle Orton is starting for the Chiefs. It'll be just like when the Packers beat Orton when he was quarterbacking Denver earlier this season.

If I didn't know any better, the Giants won the NFC East last week. They didn't, and if they are going to, they need to become the brothority, bro.

The AFC South champs hang over.

Ndamukong Suh is back, but he won't be the sleeping giant that is awoken this week.

I talked about Rex Ryan's seat getting hot a couple weeks ago ... I meant this week.

I'm also nervous of the Cardinals winning out and making Week 17 vs. Seahawks a playoff game (if the Lions don't win two). 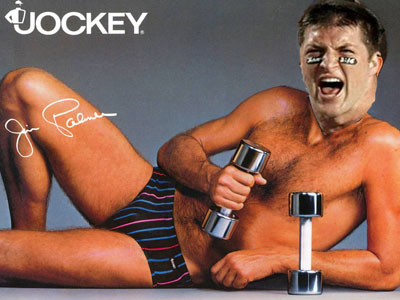 This is somewhat of a nightmare (along with the picture above). If the Chargers win, the Christmas Eve game against the Lions is going to bring back memories of 2000.

This is assuming Big Ben plays.