Nike unveiled its new NFL uniforms on Tuesday. No significant changes were made to the Detroit Lions' look.

Nike unveiled its new NFL uniforms on Tuesday in New York. While much of the focus of Nike's presentation was on the changes it made to the Seattle Seahawks' uniforms, the other 31 teams did in fact have their new uniforms unveiled as well.

For the Detroit Lions, no significant changes were made to the design of their uniforms. They are virtually the same as the ones they have been wearing the past three seasons. The only real difference is the fabric of the uniforms and perhaps the shade of silver on the pants. Via Nike, here's a picture of the new uniform: 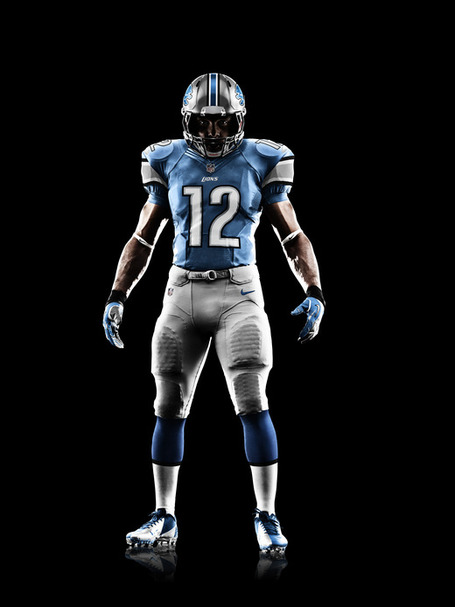 Here's a closer look at the jersey: 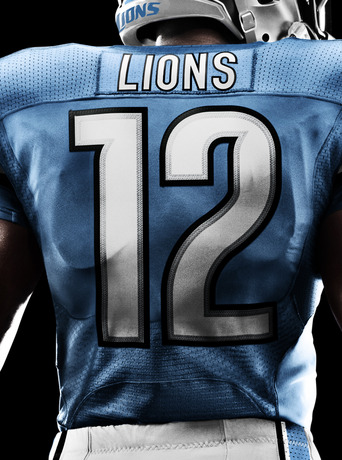 As you can see, the fabric is the only notable difference for the Lions' uniforms.

You can check out more news on the Nike NFL uniform unveiling over at SBNation.com. For more on the Lions' new uniforms and for what fans are saying about them, head on over to Pride of Detroit.