Sabathia crossed the 100-pitch threshold in the sixth inning and got through it relatively unscathed -- a two-out double by Inge being the only damage.

Alex Avila, who has been terrible so far, actually battled back after fouling one off of his foot to hit one hard to left-center. But, unfortunately, Curtis Granderson was shading over to left perfectly and made a routine catch.

In the bottom of the sixth inning, Verlander retired his ninth straight batter to start the inning, but got into a little jam as he approached and passed the 100-pitch mark. The wind and cold air probably saved a ball off of A-Rod's bat from going into the bullpen in right-center for a solo-homer. Instead, it went off the wall for a double.

Verlander then walked his fourth hitter of the game, inducing a visit from Tigers' pitching coach Rick Knapp. Verlander proceeded to strike out the next two batters and pump his fist.

(And, shhhhh, nobody talk about that called strike three on Swisher): 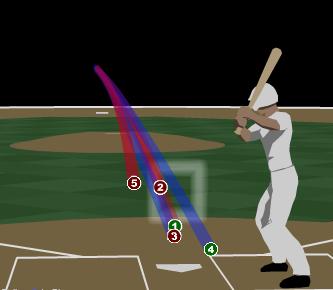