Since the Tigers were rained out on Monday night, some Tigers fans decided to watch Brandon Inge's debut with the Oakland A's, believe it or not. Inge was released by the Tigers last week and, despite Dave Dombrowski and Inge saying he'd always 'be' a Tiger, Inge signed with the A's on Monday and was in their lineup hours later.

Inge was drafted by the Tigers organization in 1998 and played 11-plus years for the Tigers, so as welcome of a sight as it was to see him go, Inge donning another organization's uniform looked weird.

In Inge's first game as an Athletic, he hit the ball hard twice, walked and singled. He also botched a play even though it was ruled a base hit. How very un-Inge-like.

For a full breakdown of Inge's debut like it was a Bryce Harper debut, head over to Detroit4lyfe. 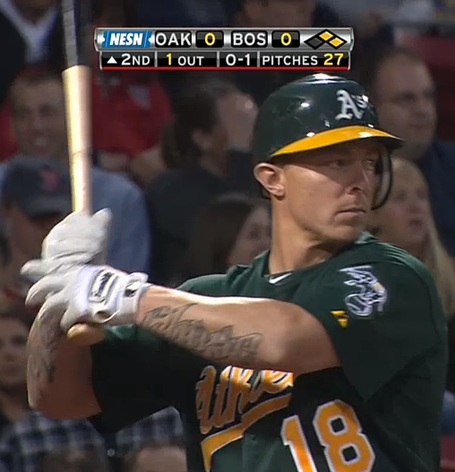