President Obama To Attend Carrier Classic Between MSU And UNC

Share All sharing options for: President Obama To Attend Carrier Classic Between MSU And UNC

The Carrier Classic between Michigan State and North Carolina was already set to be a huge occasion.

Obviously, there's the setting, with a game between two college basketball powers (one of which is the preseason No.1 ranked team) being held on a Navy aircraft carrier on Veterans Day. Oh, and the carrier in question is the USS Carl Vinson, which happens to be the ship that buried Osama Bin Laden at sea.

Now adding more pomp and circumstance to the proceedings, the President of the United States.

The White House announced that President Barack Obama will be in attendance Nov. 11 when the Spartans and Tar Heels tip off on the carrier, which will be stationed at North Island Naval Air Station near San Diego. Holding the highest office in the land will get you some perks, including one of the 7,000 seats built for the game. 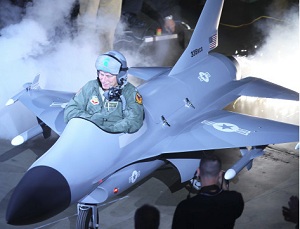