On Friday in San Diego, Michigan State and North Carolina will meet in an important game to get the 2011-12 college basketball season started. Of course, the focus of this game isn't the actual game, but rather the event it is part of: the first annual Carrier Classic.

The Spartans and Tar Heels will play their game on the USS Carl Vinson. This out-of-the-box idea came about years ago from MSU athletic director Mark Hollis, and now it is finally a reality. A court and bleachers are set up on the deck of the carrier, and everything is ready to go for Friday's game. (Check out a picture from ESPN of the setup after the jump.) 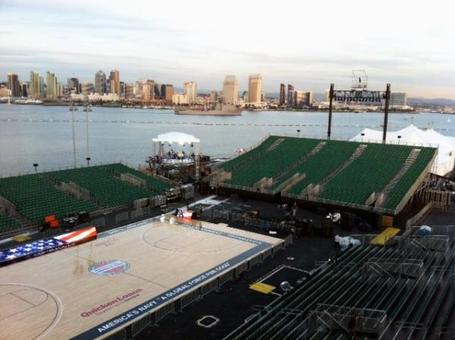