What a sight it was last night to turn on the Michigan State/North Carolina college basketball game and see the scene on board the USS Carl Vinson in the first ever Carrier Classic -- the first sporting event to ever be played on an active aircraft carrier.

If you didn't catch the game, you must check out the glamorous photos that captured this memorable event: 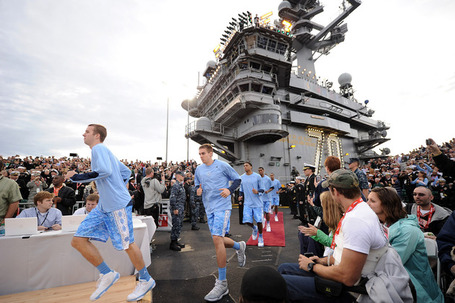 President Obama and his wife were in attendance, flying in on Air Force One: 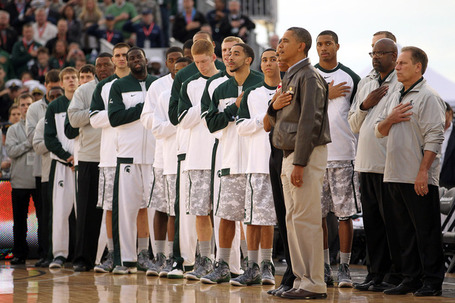 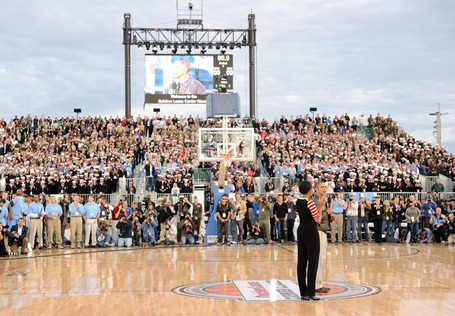 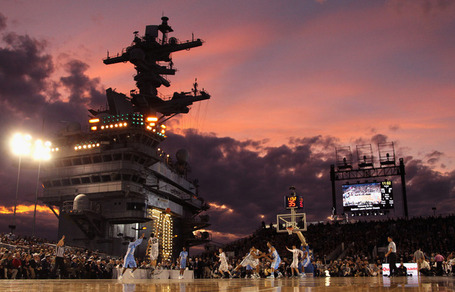 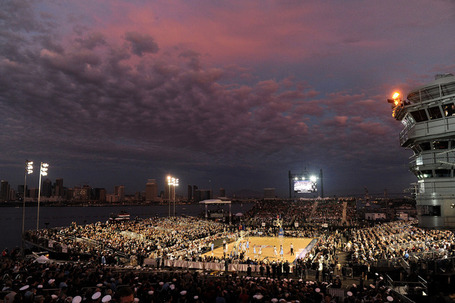 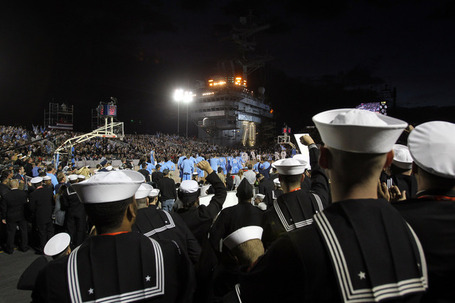 All images here are courtesy of Harry How of Getty Images.

If you missed it, Michigan State is reportedly already confirmed for the 2013 Carrier Classic. Even with a double-digit loss for the Spartans, this was an exciting event to watch and something the players and everyone else involved will surely never forget.

If you're interested in seeing even more from the scene atop the ship docked in San Diego, go here.