On Tuesday, Michigan State released the official renderings for its proposed new set of scoreboards for Spartan Stadium. Rumors have been swirling since last summer about an upgrade in the scoreboard department being in the works, and on Friday, it's expected that the Michigan State Board of Trustees will vote on the project.

Specifically, the Board of Trustees is expected to vote on whether to approve a new video/sound system that will massively improve the game day experience at Spartan Stadium. If approved, the current videoboard in the south end zone will be replaced with a new HD scoreboard that is significantly larger. Also, the scoreboard in the north end zone will be replaced with two video boards (one in each corner), as well as an LED ribbon that will encompass the lower bowl in the north end zone.

Assuming there are no speed bumps and the project is approved, the new scoreboards should be ready to be used in time for the 2012 football season. The complete project won't be finished until July 2013, and in total it will cost around $10 million.

You can check out the renderings of the new scoreboards, which come via The State News, after the jump. 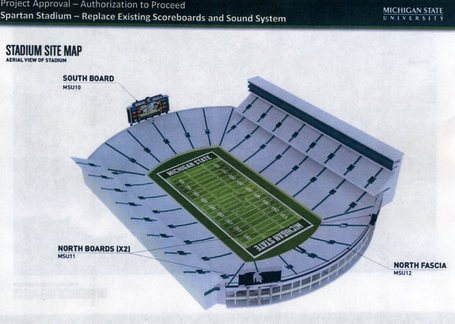 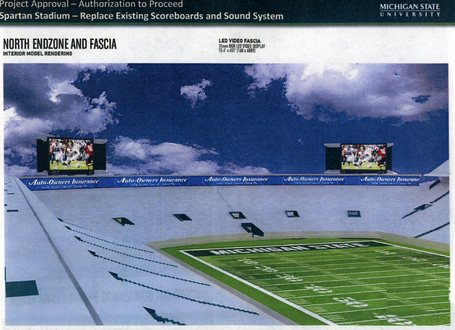 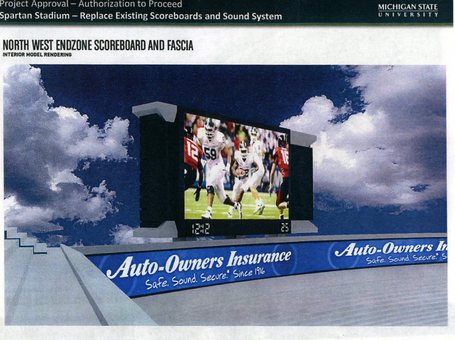 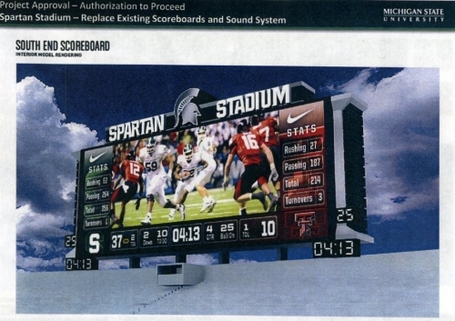