Via HD Sports Guide, below is the coverage map for Saturday's Michigan-Michigan State game. 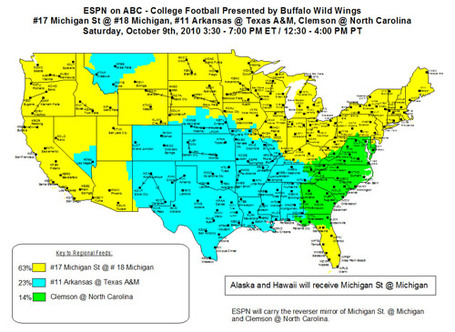 Basically, if you're out of the ABC region and are forced to watch the game on ESPN, you won't get it in HD, which kind of sucks.